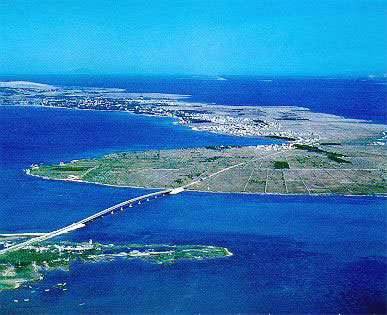 The first historical records the Island of Vir reach back to 1069 in the Charter of the Croatian King Petar Krešimir IV by which the island was given as present to the St. Krševan Monastery in Zadar. In this document the island of Vir was called Ueru, that is, Veru which means a "pasture".

The island of Vir is situated in the Sea of Vir in the northwest part of Dalmatia and it is the twentieth biggest island of all Croatian islands, and eight biggest island in archipelago of Zadar. It is 26 km away from the center of northern Dalmatic region Zadar by land and around 15 NM by sea (from the port). Construction of the bridge over Privlački gaz in 1976 connected the island of Vir with land, made it a constituent part of the land and commenced Vir’s expansion.

The island of Vir is 22,38 km2 big, 10,12 km long and 4,25 km wide at its widest part. The coast line is 31,43 km long. For all those wanting to see more, there are many opportunities for various trips, concerning the fact that island of Vir is surrounded by numerous islands: Pag, Maun, Planika, Olib, Ist, Molat, Sestrunj, Rivnja i Ugljan, historical town of Nin is also in proximity, as well as numerous national parks: Kornati, Krka, Paklenica and Plitvička jezera.

Richness of the indented coast and extremely healthy Mediterranean climate are significant preconditions and advantages of this island. The number of sunny hours (2450 annually, i.e. almost 300 sunny days) makes the island of Vir exceptionally attractive destination even outside the main tourist season. The average annual quantity of precipitation is around 1000 mm, and unevenly disposed, so there is average of 5 to 6 rainy days in the summer months, while during main tourist season this number is all the more decreased.

The island of Vir is not yet a place of big hotels. The tourist offer is exclusively based on private accommodation and renting the rooms, apartments or entire resort-houses. 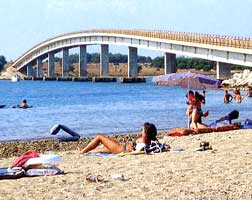 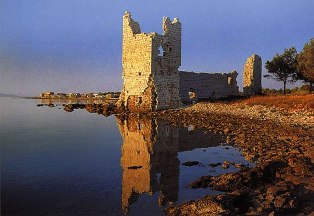